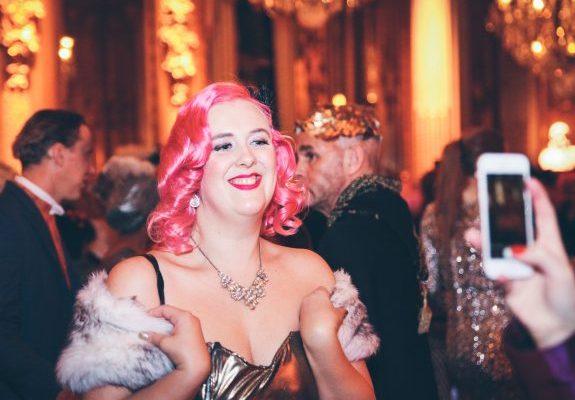 The Royal Swedish Opera needed the reach a new target group with their new opera Dracula. I created the concept of the Night of the Vampires where I filled the last dress rehearsal with 1200 people dress as vampires, and had a following party with Fredrik Strage as DJ. This generated a lot of attention in both social and traditional media, and the following performances where sold out.

The science fiction book store of Stockholm wanted a ball of magical creatures to celebrate their customers. I created a magical celebration for 500 persons in full costume at Nalen with two stages of live music with an orchestra, opera, jazz and performances by Richard Söderberg – all under the theme of magic.

When the Royal Swedish Opera had première for the newly composed opera Tristessa they contacted me to do an event to bring a lot of attention to the opera. I create a grand costume-event where I mix old Hollywood glam, the Capital of the Hunger games and the Met Gala. Over 1200 guest dressed to success came and saw the new opera and spread the message of it all over social media.

A producer and project leader within the culture sector with a Master of Science in industrial management. I like to do big creative projects where I combine a creative skills with my producers skills extraordinaire and deliver high quality in time and within budget. I do conferences, events, games and museum exhibitions and more. Check it out and contact me if we can do something great together.